To provide leading Biokinetics rehabilitative care services based on sound scientific evidence, our experience and expertise to improve the physical functioning, daily performance and quality of life of our patients.

To provide equitable and accessible Biokinetics Rehabilitative care to all we serve, which is patient centred, using scientific evidence, correct movement patterns and expertise.

The Science of Movement and the application of exercise in rehabilitative treatment of performance. Biokinetics’ primary function is to improve physical functioning and health care through exercise as a modality. Biokinetics is the profession concerned with health promotion, the maintenance of physical abilities and final phase rehabilitation, by means of scientifically-based physical activity programme prescription.

A Biokineticist is a clinical exercise specialist who: 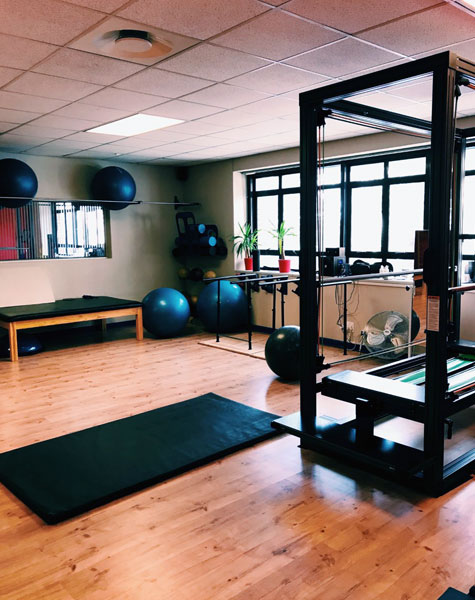 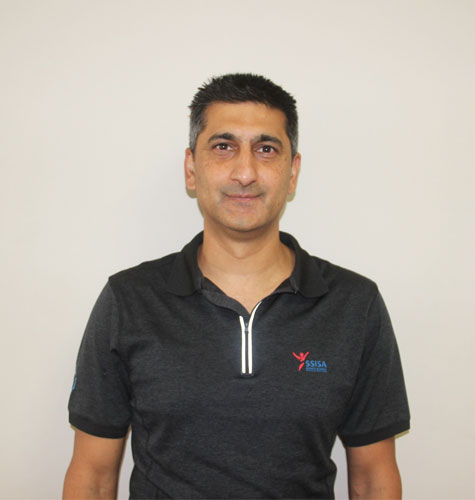 Avinesh Pursad has been practicing as a Biokineticist for the past 20years. After completing his internship at The Sport Science Institute of South Africa, he took up a position with Angela Lander Biokineticist. Under Angela Landers guidance he was able to hone in his skills in Orthopaedic rehabilitation. In 2006 he became a partner in Lander & Pursad Biokineticists, during the 10years of their partnership he was able to further improve his Biokinetics knowledge in Neurological rehabilitation. He also became involved with lecturing on the Honours Biokinetics programme for UCT’s Exercise Science and Sports Medicine Department. In 2016 he took up a position with the Sports Science Institute of South Africa as Manager of the Orthopaedic and Neurological department. In this position he managed a team of Biokineticists focused on Biokinetic Orthopaedic and Neurological rehabilitation.

Avinesh has a passion for Back, Groin, Knee and Shoulder Injuries as well as Rehabilitation of Stroke patients. He is a Senior Lecturer for UCT’s Exercise Science and Sports Medicine Department. 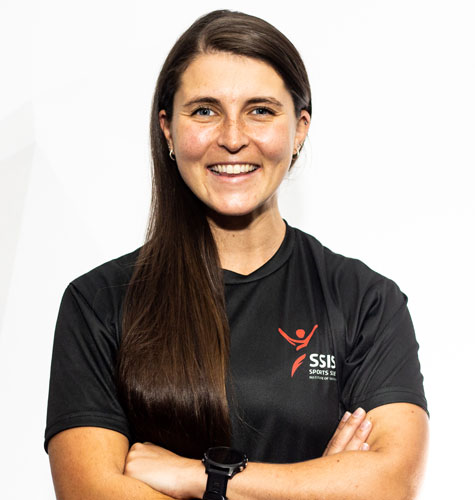 Caitlin completed her undergraduate and postgraduate degrees at Stellenbosch University. She then completed her internship at The Sport Science Institute of South Africa and has since been working there. Caitlin has a special interest in orthopaedic rehabilitation of pre- and post-operative and sports-related injuries. She also rehabilitates chronic and neurological conditions. Caitlin lives by being passionately and consistently curious about health and well-being. 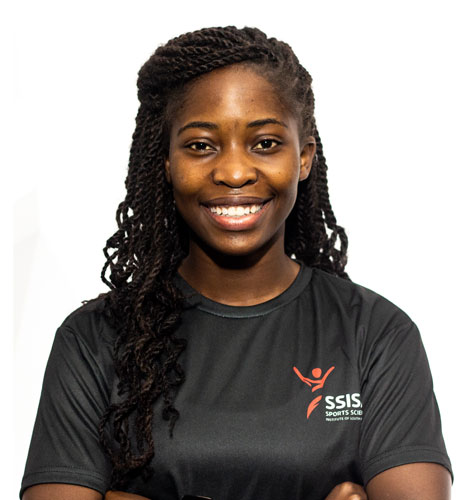 Grace is a highly energetic Biokineticist at the Sport Science Institute. She thrives in helping individuals realize their training potential and helps to maximize it. Having played netball at provincial level many years ago, she spends her spare time coaching netball, playing the game as well as taking Pilates classes. Her main interests lie in pre and post natal populations and knee orthopaedic rehabilitation. The Source Mat-based Foundation Pilates; The Source Pre and Post Natal Training; Sport Massage Therapy. 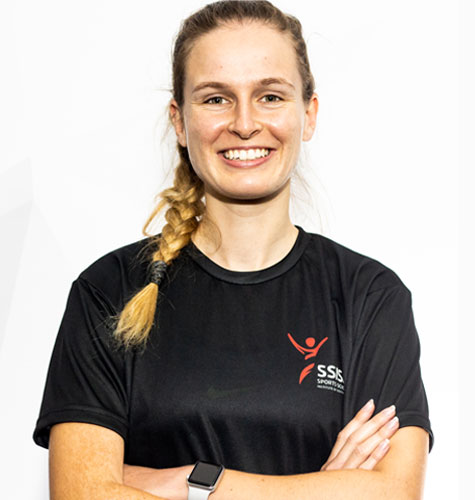 Jana did her Undergraduate degree in BSc Sport Science at Stellenbosch University as well as BScHons in Sport Science (Performance Sport). Thereafter I did a postgraduate programme, BSc (Med)(Hons) (Biokinetics), at the University of Cape Town. She completed her biokinetics internship at the Sport Science Institute of South Africa. She enjoys being outdoors and revels in activities such as hiking, trail- and road running. 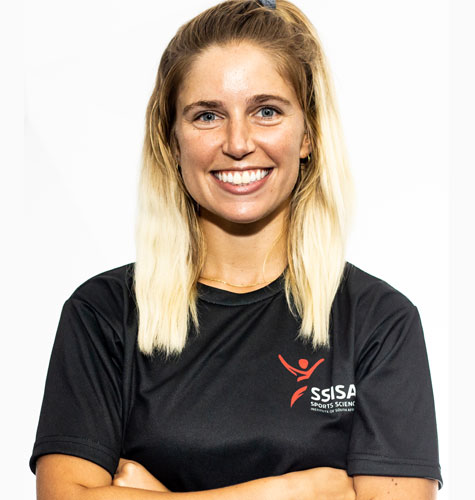 Qualification: BA (hons) Biokinetics UWC. Meka completed her internship at the Sport Science Institute of South Africa. She has a keen interest in working with orthopaedic injuries, her favourite being lower back and knees. She also love working with children. Other than working, she loves surfing and hiking and overall just living and loving a healthy active lifestyle. 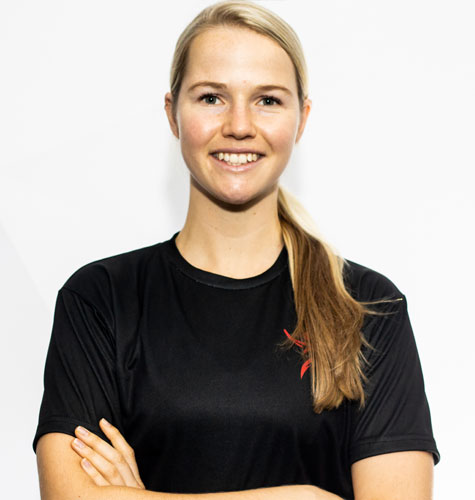 Olivia Bloomer (Bsc (Med)(Hons) Biokinetics) Olivia is a Biokineticist with an interest in orthopaedic and neurological rehabilitation. She is a qualified Yoga instructor and uses Yoga as one of her tools for rehabilitation and improving sports performance. Olivia uses mindfulness techniques to improve performance, focus and encourage relaxation. With a strong scientific background, she is passionate about making these practices accessible to all with a strong scientific backing. 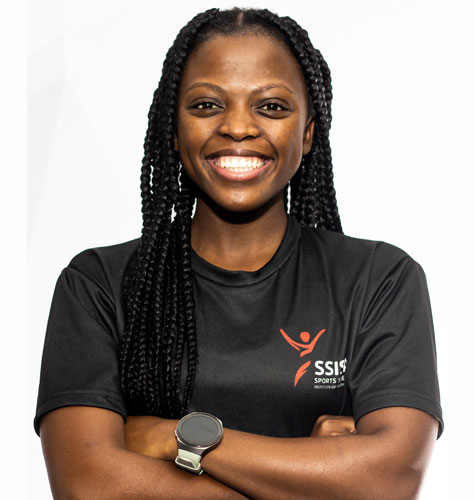 Nzali is a qualified Biokineticist and one of the heads of Human performance at the Sports Science institute of SA. Currently completing an MSc. She is a passionate bio who takes a keen interest in the therapy of scoliosis, osteoporosis and arthritis amongst others. She has experience with different modalities like hydrotherapy, weight bearing and Pilates based exercises to treat and rehabilitate different ailments and conditions. 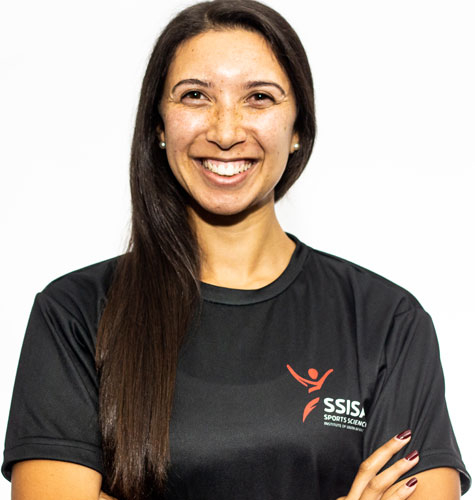 Zoe has her undergrad degree in BSc Sport Science and post grad in BSc(Med)(Hons) Biokinetics. She has a great interest in Sport specific rehabilitation as well as neurological rehabilitation. 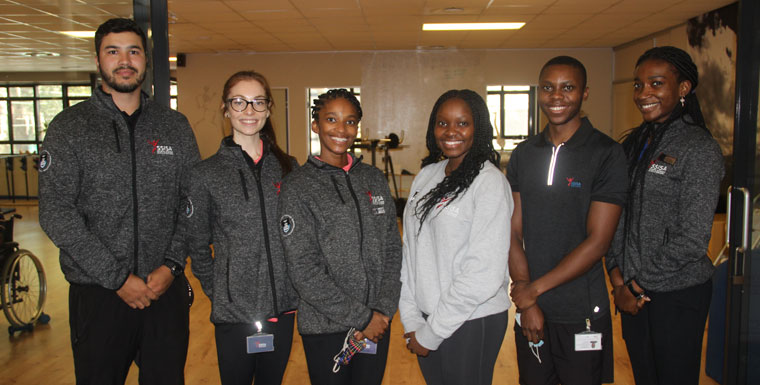